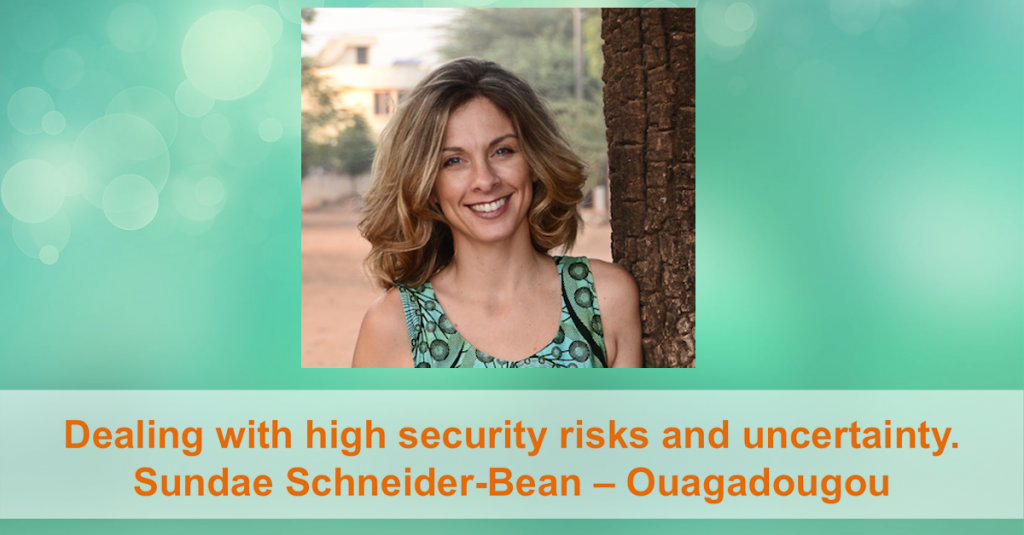 Sundae Scheider-Bean shares with her story but also her experience few days after the terrorist attack that occurred in Ouagadougou on January 15th, 2016. This wasn’t Sundae’s first crisis situation in expatriation, as she had also experienced from very close the Ebola crisis and the appraisals that led to Burkina Faso’s political revolution. Although terrible events such as terrorist attacks are very extreme events that no one can really prepare for and that unfortunately could happen anywhere, especially nowadays, she could give us some great tips to handle critical situations related to security and uncertainties in countries called of “high risks”.

Sundae comes from the United States. While she was backpacking in her early 20s across Asia she met a guy who comes from Switzerland. She married him, joined him in his home country, took his nationality and raised 2 kids with him. During this interview, Sundae was living in Ouagadougou since 2013. After this interview, she went back to Switzerland with her children while her husband stayed in Burkina Fasso.

Sundae is an intercultural specialist and a coach. She has helped individuals from over 40 countries go through transitions and change. She also works with multinational companies and NGOs to support their employees. Before starting her own business, Sundae was the head of Intercultural Management of a major company in Switzerland.